Pure and undefiled religion before God and the Father is this: to visit orphans and widows in their trouble, and to keep oneself unspotted from the world

Author’s Note: Our story is still being written. As much as we’d love to share with you the beautiful smile that has captured our hearts, for her protection and privacy we cannot share details or images that would reveal her identity or location. Thank you for your understanding.

Diana was one of Jesus’ lost sheep. Others have more starkly defined her as an abandoned, Roma (gypsy), disabled child  – but to Jesus, she was one of the children he referred to in Matthew 18:14 when He said, “it is not the will of your Father who is in heaven that one of these little ones should perish.”

Diana was an at-risk child. What she endured the first two years of her life can at best be summed up as a complete lack of love and injustice by broken, sinful people. Yet God’s love shines brightest in the darkest places, and in the cold, stark confines of a hospital crib in Ukraine, Jesus caused her to be found.

Emma Luecke, Co-Founder of One Life Matters, was teaching English at a primary school in western Ukraine when her host requested that she come along to help deliver donations to the local hospital. It was there – in conditions of extreme poverty and neglect – that she met Diana. Within seconds of meeting, God sovereignly spoke and poured His unending love for this little girl into Emma’s heart. Remarkably, Diana was born the exact same month and year that Emma heard God calling her to Europe for the very first time.

Within four months, God miraculously moved mountains for Diana to be released into Emma’s care for a period of three years so she could receive medical treatment abroad. Within just two weeks of living within Emma’s full-time care, Diana stretched out her arms and called her “mama”. She’s been calling her “mommy” ever since. In Berlin, Diana was diagnosed with cerebral palsy.

The battle for Diana’s life, her rights, her future – has been long and fierce. Her story is full of complicated and dangerous ties, terrifying and precarious moments — many said it would be impossible to protect her further beyond the three years. Yet God raised up a local hero who would help Emma contend for Diana’s life and future before some of the most influential figures within children’s rights in the nation. And finally, at the end of three years — God delivered her. Psalm 72:4 says, “He will bring justice to the poor of the people; He will save the children of the needy, and will break in pieces the oppressor.” This is Diana’s testimony. Her story is a modern day parting of the red sea – and by His grace, a path is now open for more children in Ukraine to be rescued, restored, and redeemed. 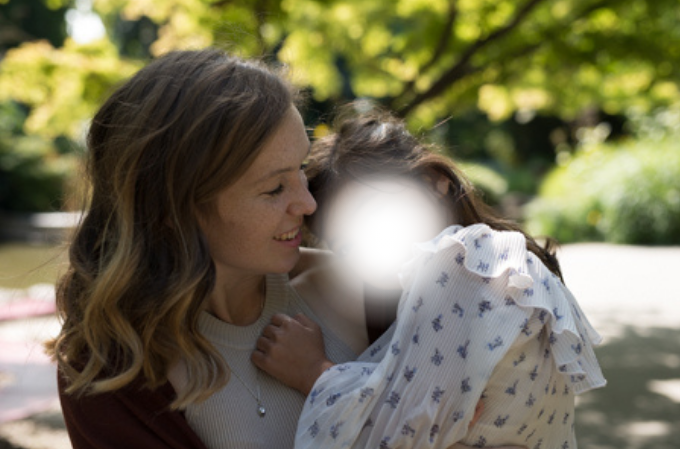 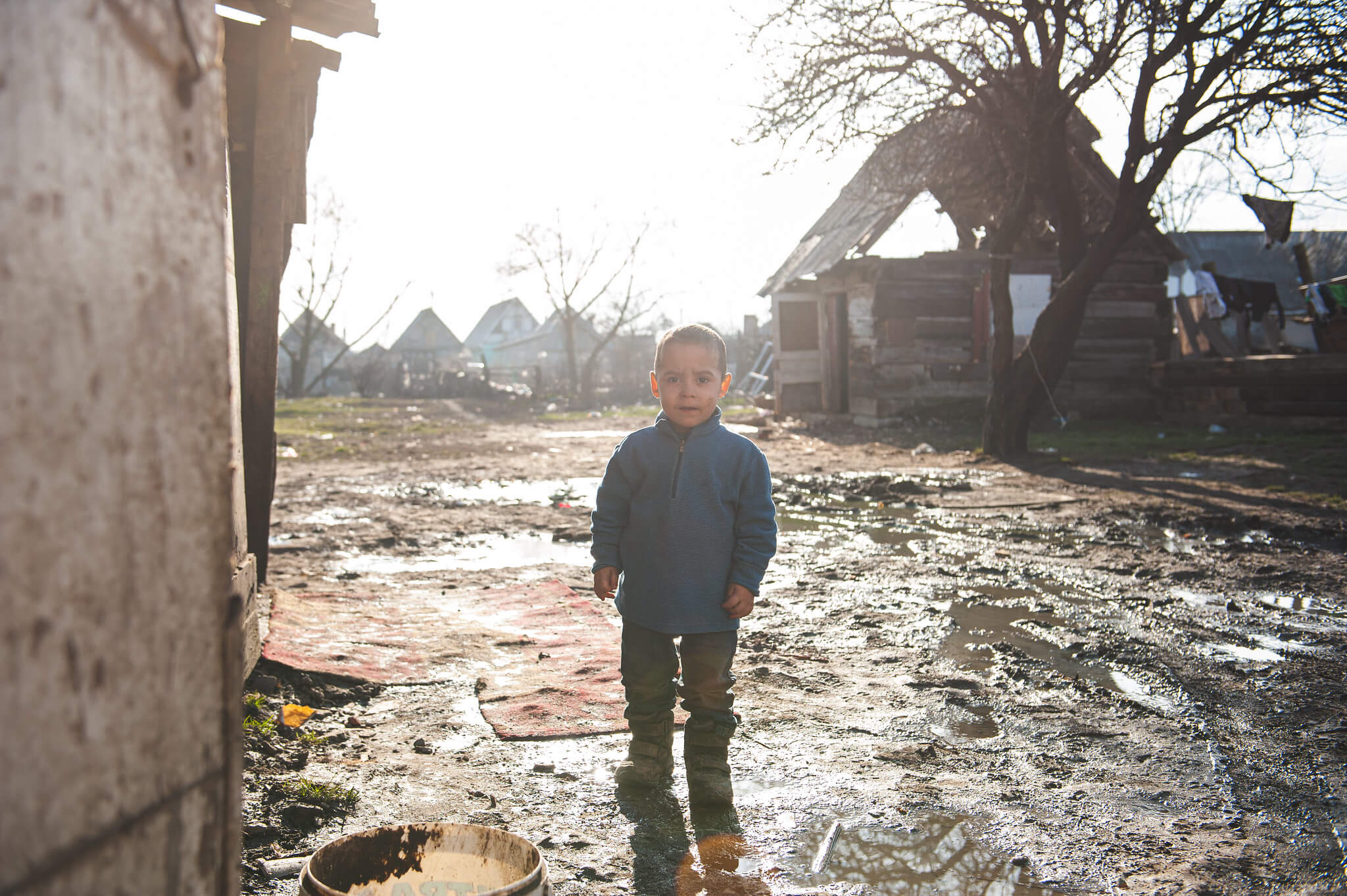 Every human life has infinite value and worth. Every human life from conception to final breath is worth fighting for. Every human life is precious and lovingly created and designed by God. Every life, one life – matters.
One Life Matters exists to love, serve, and reach society’s most vulnerable and at-risk people groups. From the unborn to the elderly in the USA, to the abandoned, orphaned, and special needs children in Ukraine and the impoverished Roma communities therein, we aim to bring holistic care and solutions to the poor and marginalized both locally and internationally.
One Life Matters is founded upon James 1:27 which says, “Pure and undefiled religion before God and the Father is this: to visit orphans and widows in their trouble, and to keep oneself unspotted from the world.”  The original Greek word for “religion” can also be defined as “worship, or worshipping” before God.  Therefore, we believe that when we serve and care for orphans and widows in their trouble, it becomes one of the purest forms of worship to God.
Ultimately, this work is for Jesus. It is the love of Christ that compels us to go well beyond the borders of our comfort zone and reach into a world that desperately needs the life-changing message of the Gospel. It is because He first stretched out His arms for us, that we are able to stretch out our own to others. The Gospel will always remain at the center and forefront of all that we do – because it is His kingdom, not our own that we seek to build and advance upon the earth today. He is worthy of our lives, and it is our greatest honour to labor in love for and in partnership with Him. May He receive all the glory.

Gary & Diane Luecke reside in Colorado and are the Co-Founders of One Life Matters. They have been married for 31+ years and have five children, one son-in-law, and two granddaughters. After serving a large ministry for 12 years, and pastoring a church in the Colorado Springs area, God began to stir their hearts to establish the ministry of One Life Matters. Together, both he and Diane share a deep love for family as well as have a tremendous amount of compassion for the elderly, the widow, and the orphan. Most importantly, they have a deep love for the Lord and desire to see lives transformed by the Gospel of Jesus Christ.

Emma Luecke is the daughter of Gary & Diane Luecke and the Co-Founder of One Life Matters. From the age of eight, she felt God calling her to be a long-term missionary. For years she earnestly prayed for God to send her to the darkest corners of the world. After serving on various short-term mission trips from Thailand to Haiti, Emma heard God calling her to Europe in 2014. In 2015, she moved to Berlin, Germany to serve on staff with European Initiative, an American Christian mission organization based in Europe. While on staff, she helped coordinate and lead mission trips across Europe and eventually helped launch a second base for European Initiative in Budapest, Hungary where she then served as the base director. Yet her greatest joy is to be "mommy" to Diana - the Ukrainian little girl who changed her life forever. Emma and Diana currently reside in Europe - together they look forward to seeing how God will grow and use their little family for His continued purpose and glory.

Rich and Missy Kirkpatrick, Board Members

Rich is an Emergency Medicine physician working in Colorado Springs and the Pikes Peak region. He served as a firefighter in Ft. Worth Texas for many years before going on to medical school at Texas Tech. Rich received his BS at the University of Texas - Arlington and then his Masters of Divinity from Southwestern Baptist Theological Seminary.

Missy attended the University of Texas at Austin, earning a bachelor’s degree in Elementary Education. She then went on to earn a Masters Degree in Religious Education from Southwestern Baptist Theological Seminary. She has taught in both the public and private school settings, as well as worked in curriculum development. Rich and Missy have been married for over 32 years and have four adopted children. Over the years, they have served in the local church, led and participated in many home groups, mission trips, and more. They are excited to bring their experience and insight to serve on the board of One Life Matters.

Jim and Shirley have been married 53 years. These high-school sweethearts have a son and a daughter who are each happily married and between the two have blessed them with six grandchildren, five grandsons and one granddaughter.

Jim served in the US Navy from 1967-1971, the last 12 months as a helicopter crewman in Vietnam. Hooked on aviation, he became a commercial pilot traveling the country selling private aircraft. He transitioned into business as an investment advisor but always looked for a way to serve in ministry. That desire would lead him to a twenty-year career as a development officer for Christian non-profit organizations. During that time, he also taught college classes, as an adjunct, on family and children.

Jim has authored three books: “Contending for the Heart” on parenting, “Wrinkly Brinkly” a children’s story for 6–12 year old’s and “Joyful Reunion,” an emotional story on the heartbreak of abortion.

Shirley, in addition to her life work as a wife, homemaker, and the mother of two children, is an extraordinary administrator. She has served multiple churches and ministries in that capacity which included the coordinating and management of large seminars throughout the United States. Shirley has a heart to serve and would most likely never tell what blesses her the most (besides being a grandmother) is simply doing unexpected things for others.

One Life Matters is honoured to partner with European Initiative (EI) - a ministry truly dedicated to reaching Europe with the gospel - for the work in Ukraine. It will always be one of Emma's greatest life privileges to have served on the EI staff under the leadership of EI Founders, Jeff & Barb Serio. They have been nothing but wonderful leaders, mentors, and friends - and it is our joy to partner with them in ministry in the days ahead.

One Life Matters is also honoured to partner with NGO Nehemiah in Ukraine for ministry and outreach. More can be learned about how we are partnering with their outstanding work on our ministry page.

Discover how your life can make an eternal impact in the lives of children and families in Ukraine.

“Pure and undefiled religion before God and the Father is this: to visit orphans and widows in their trouble, and to keep oneself unspotted from the world.”
James 1:27
“He will bring justice to the poor of the people; He will save the children of the needy, and will break in pieces the oppressor."
Psalm 72:4
“A Father to the fatherless, a Defender of widows, is God in His holy dwelling. He sets the lonely in families.”
Psalm 68:5-6
Previous
Next